Interview with the management of JSC Poultry Production "Severnaya" 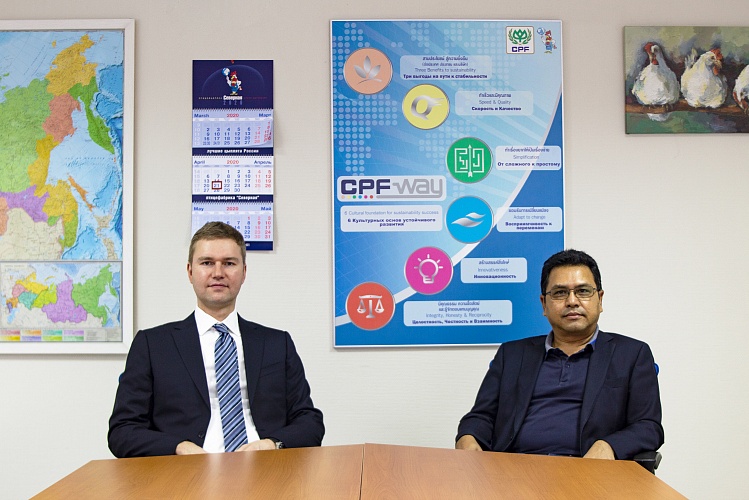 In June 2020, the Thai and Russian management of the Poultry Production "Severnaya" provided comments for the leading industry mass media "Agroinvestor"

— Severnaya poultry farm is the biggest in the northwestern Federal district. Please tell us about it.

Mr. Krivonosov: Yes, Severnaya poultry Farm is the biggest enterprise for the production of meat breed of chickens in the Northwestern part of Russia. Our volume for 2019 is about 250 thousand tons in live weight.

In addition, in 2020, we took the 6th place among the leading producers of broiler chicken meat in the rating of the National Union of poultry breeders of Russia. Also, we were included in the list of 600 system-forming enterprises of the country.

— What is the number of livestock on Severnaya?

Mr. Krivonosov: At the same time, all poultry houses on all units of Severnaya contain about 15 million heads of broiler chickens.

— What does it mean «meat breed»? What are her special qualities?

Mr. Krivonosov: On Severnaya, we are growing two breeds of broiler chickens – COBB and ROSS. They are characterized by a more intense weight gain in comparison with laying breeds and a large amount of meat.

Mr. Krivonosov: The composition of the feed is a trade secret from any producer, so I can only tell you in general terms.

On Severnaya, about 65% of the feed is grain from the South of Russia. Therefore, our feed is also safe to call-natural and grain, as well as a well-known competitor says (laughs). Raw materials undergo strict sampling in our laboratory during acceptance – more than five different analyses from each batch.

In total, the feed contains about 30 components, including a vitamin, mineral complex, so it helps chicken grows healthy, and gains weight well. There are three types of feed according to the needs of different periods of life of broilers.

Mixing of ingredients, granulation and storage of feed, both for the parent stock and for broiler units, is performed by our feed mill. In 2020, we completed the modernization of the granulation line and built six new storage silos. 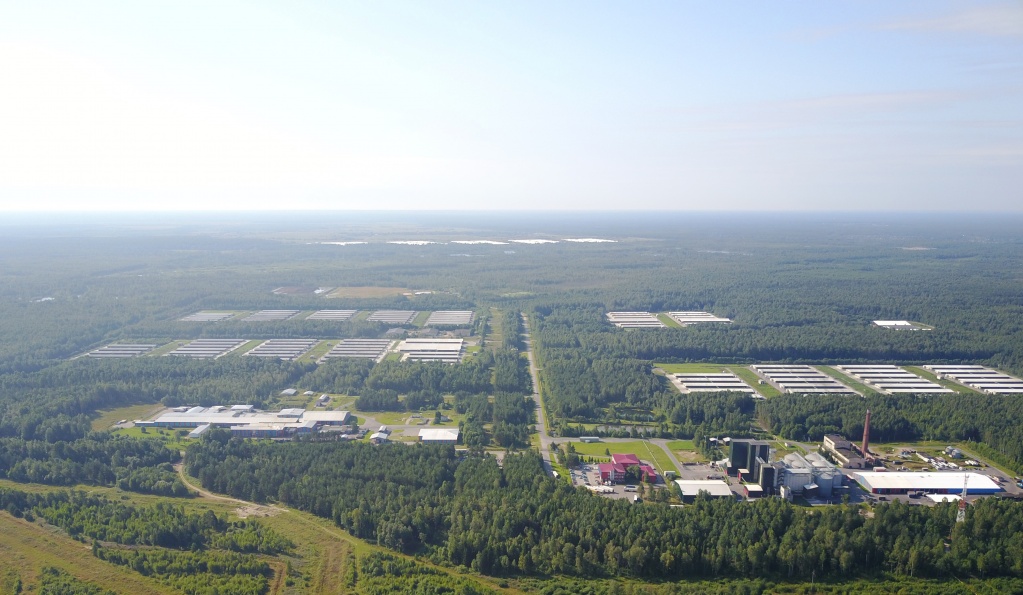 — Vertical integration in the enterprise. What does it mean?

Vertical integration reduces the dependence of the poultry farm on the conditions of third-party business, which has a significant impact on the price, quality and quantity of products for the customers.

Since the production of feed, hatching eggs, broiler farming and further processing are subject to a single system; Severnaya is able to carry out full quality control at every stage.

Severnaya currently provides about 3,000 jobs in the Leningrad region and is engaged in professional development of agricultural specialists.

— Is the product certified? How is quality and safety controlled?

Mr. Krivonosov: The products are certified according to GOST and do not contain GMOs. Our production has passed the voluntary certification of the RST and annually passes audits according to ISO and HACCP.

In 2019, the company entered the list of certified for export to China and Vietnam. The quality requirements for such products are even higher than in the domestic market.

The quality control group includes its own laboratory for the control of incoming raw materials, the Department of quality and food safety of finished products – in total, more than 15 employees of the Severnaya poultry farm. State veterinary doctors – 5-7 people per shift, carry out additional visual control on slaughter lines.

Every day, all products of the Severnaya poultry Farm are tested in seven independent laboratories, including the Rosselkhoznadzor and Rospotrebnadzor.

— What is the history of the company? Moreover, what stage is it now?

Mr. Krivonosov: We have a rich history, more than 30 years behind us.

Severnaya was launched in 1986 and was one of the last poultry farms launched during the Soviet period, at that time the most technically equipped. The company initially assumed a complete closed production cycle, but the estimated volume was no more than 10,000 tons per year.

Since 1997, a stage of intensive development and expansion of production capacities has begun thanks to large Dutch investors – the Brinky family. (Agro-Invest Brinks)

During the first 10 years of ownership of Agro-Invest Brinky, poultry farm Severnaya, a large - scale modernization of the entire enterprise was carried out-broiler divisions, an incubator, a forage and grain storage, and slaughtering lines.

In 1998 and 2000, additional capacities were purchased in the Lomonosovsky and Kirovsky districts, and the Voiskovitsa breeding poultry farm was launched and completely renovate for the production of hatching eggs.

Thanks to active investment, by 2017 the production capacity was already 219 thousand tons of products in live weight. This is almost 22 times more than the initial numbers - an incredible result!

We are experiencing a fundamentally new round of history right now.

Since 2018*, Severnaya poultry Farm and all its production sites have been fully integrated into the international agro-industrial holding – Thai concern Charoen Pokphand Foods (CPF), a world leader in agriculture and aquaculture production.

* The acquisition of JSC "Poultry farm «Severnaya" by CPF began in 2015 and was fully completed in 2018. 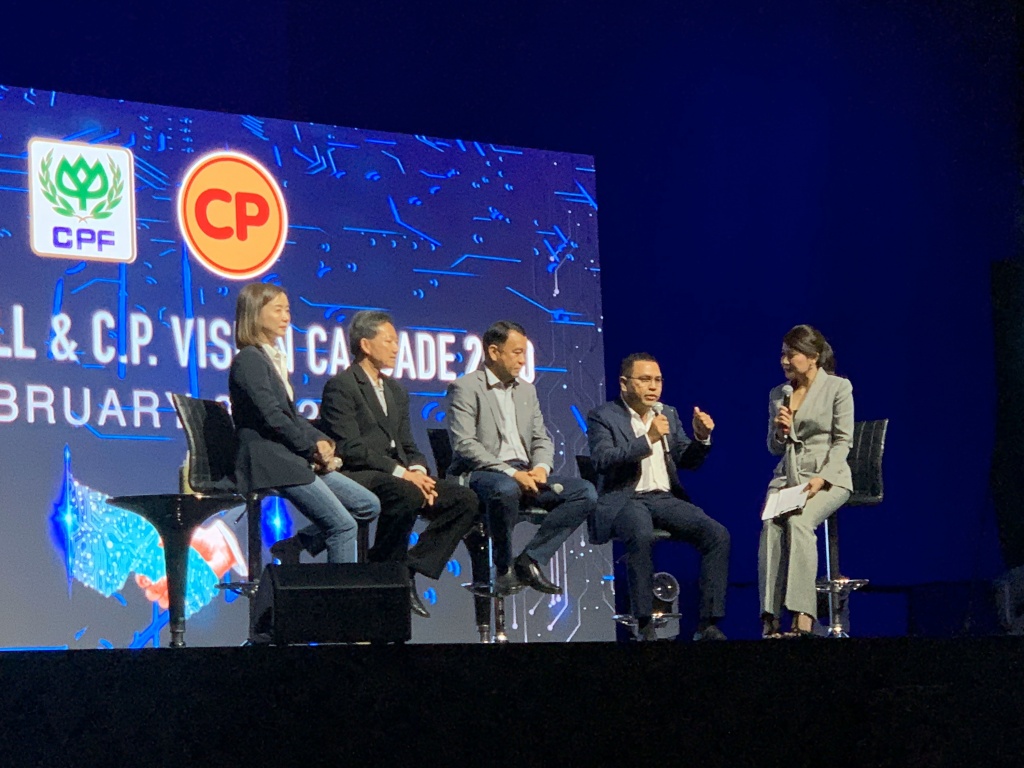 — Are there current projects for modernization and investment?

Mr. Krivonosov: In 2020, the market for broiler meat in Russia is close to saturation, so competition has increased. Now our priority is the development of projects aimed at improving the quality of products, the development of automation and related services, environmental and social responsibility – every detail is important.

Since 2013, more than 7 billion rubles have been invested – new poultry houses at the Mginskoe site, reconstruction of the berth in the Kirovsky district to reduce the cost of feed components logistics, and renovation of the feed mill itself.

At the end of 2019, we launched the second Dutch line of carcass cutting as the request of the market and organized our own laboratory for the development of new products in the Lomonosov district, including RTC products.

Mr. Buri: In 2021, we plan to complete the expansion of the slaughterhouse – to increase the areas of cooling, freezing, packaging, storage and shipment of products. To do this, we are now attracting investment.

This project will allow the company to consolidate its position as a world-class producer on both domestic and international markets, adequately representing the Russian product and fulfilling the strategic task of the government of the Russian Federation in the framework of the Federal project "Export of agricultural products" of the national project "International cooperation and export". 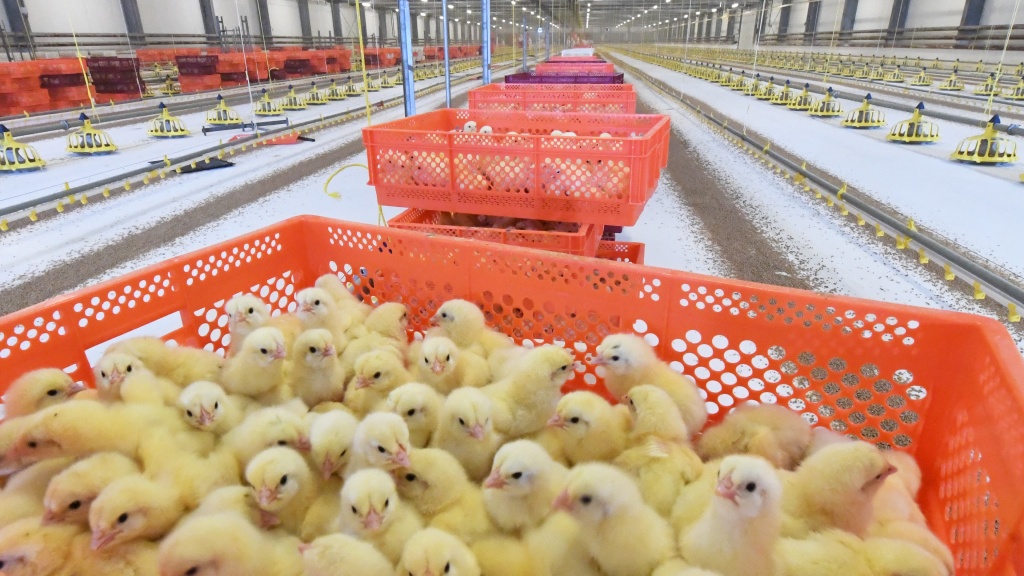 — How does the government of the Leningrad region and the state as a whole help? Do you receive subsidies?

Mr. Krivonosov: The Government support primarily consists of annual short-term loans for the purchase of feed and veterinary drugs at a preferential rate several times lower than the market rate.

For large-scale project on construction of the production site of the Department "Mginskaya" more than 5.6 billion rubles were allocated subsidies for partial compensation paid by the Bank interest in the period 2012 to 2020, which allowed faster to justify the project.

We signed an agreement with the Government of the Leningrad region about providing for us Government support for investment activities in the region. For the period of return on investment, the company received an exemption from property tax and a reduced rate of income tax on other activities.

As an agricultural producer in 2019, we received a subsidy to reimburse part of the cost of purchasing grain for feed production, which allowed us to slow down the growth in product prices caused by the increase in the cost of purchased raw materials. 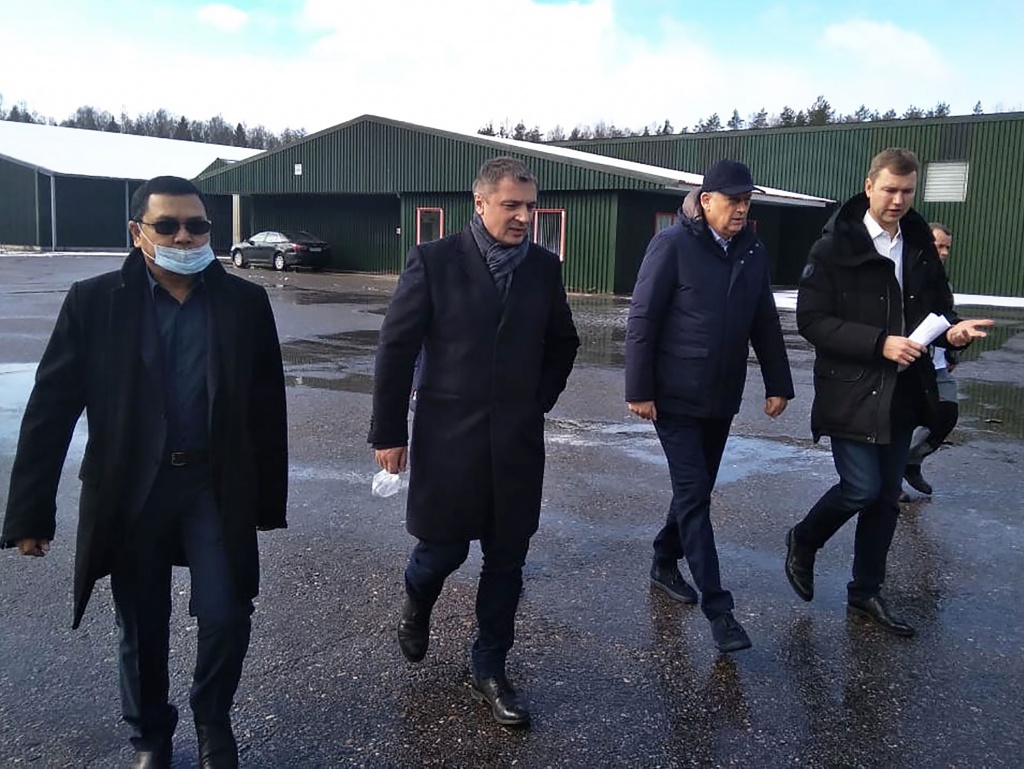 — Are there strictly security measures in the company? What an additional measures do you use because spreading of the coronavirus?

Production is equipped with sanitary checkpoints, all employees must change into protective uniforms, undergo treatment of hands and shoes.

Because of spreading coronavirus, we have increased our precautionary measures – increased the frequency of disinfection operations, introduced additional non-contact temperature control for all employees in the entrance areas, installed additional transparent partitions and temporary separations in places where staff may gather, implemented similar security measures for office employees, as well as independently sew reusable masks and issue employees with disinfectants. Employees over the age of 65 have been placed on paid leave.

This is a difficult time, but the Severnaya poultry farm is running smoothly, there have been no delays in payment and we have open vacancies.

On April 1, 2020, the Governor of the Leningrad region, Alexander Drozdenko, officially visited Severnaya poultry Farm. He personally checked the production and office divisions. We are grateful for your attention and appreciation of the measures we have taken.